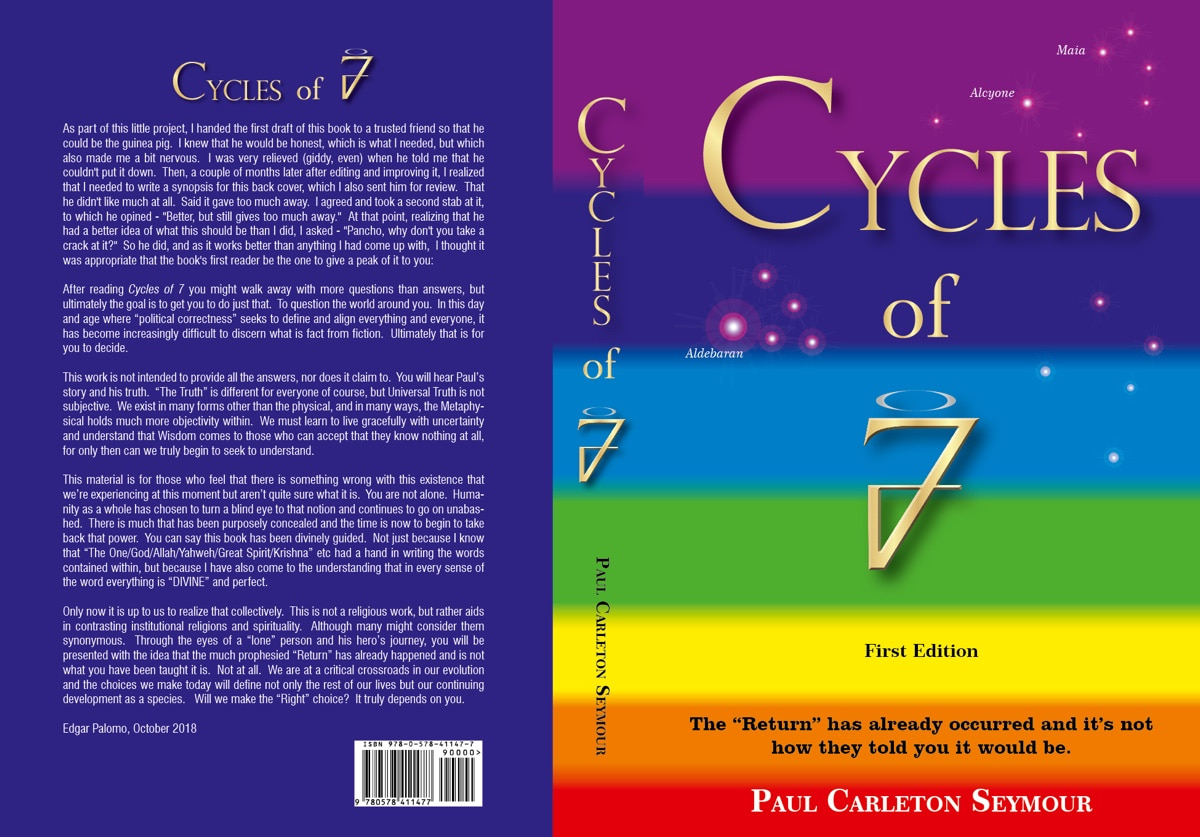 Cycles of 7 touches upon many of the most basic aspects of life, including our reason for being. That, in addition to the huge and paradigm-shattering revelation that the much ballyhooed “Return” has already occurred, but is far different from what we’d been told that it would be.

Yet that is not the whole story, and I stress that this is not a religious book. Rather, it is a spiritual work, and therefore is in stark contrast to many Institutional Religious teachings. At the same time it also, and necessarily, touches upon many of the most important facets of our daily lives, as they are an integral part of our spiritual advancement, or in many cases, spiritual retardation. Those being the primary pillars of our current depraved society which represent the greatest dangers to both Mother Earth, and to humanity:

1) The Bankster/child rapists
2) The Politicians and unelected/unaccountable Bureaucrats they control
3) The complicit Corporate Mainstream Media
4) Institutional Religions
5) Our health and well-being have also come under a withering and systematic attack in the forms of altered “nutrition”, working in conjunction with what medical experts themselves now call
6) A broken healthcare system which has sold out to Big Pharma, and no longer serves to heal, and finally
7) Materialism, as it is materialism and not money which is at the root of much evil. Money being just a tool to carry it out.

That, admittedly, covers a lot of ground. We have told this story through the eyes of a lone man, in the format of a real-life good ol’ fashioned journey of good vs. evil. This story had to be told because humanity has been tricked into almost missing out entirely on its sole purpose for existence, which is to evolve spiritually. Furthermore, it had to be told now, as humanity is right this minute at a critical cross roads in its evolution.

Therefore, the primary purpose of Cycles of 7 is to inform humanity that they are currently in the midst of making this most important choice, as well as to awaken all to hidden advanced technologies, including Mother Earth and humanity’s desperate need for its Full Disclosure. We must now, and I mean very soon, choose between either love and light, or otherwise.

That choice has been made easier by the current and highly polarized scenario we are currently faced with. In order to have accurate information upon which to make this crucial choice, we had to first help humanity to understand where they have been purposefully led astray by a small percentage of fellow beings. Rather than getting closer to The One / God / Allah / Yahweh / Great Spirit / Krishna etc., many have instead been unintentionally moving farther away as they relied upon this spiritual misinformation, while struggling to survive due to the evil suppression of the advanced technologies which they have paid for.

So this is a political, scientific, historical, metaphysical, social, financial and cultural work, in addition to being highly spiritual. In its totality it is a book centered upon the ongoing Great Awakening. We have presented within this book a great deal of scientific facts and research guidance for you to follow up on, in addition to spiritual Truths explaining the True ways of the Universe. You will have to decide the Truth for yourself, though, during these critical times. The information provided within is designed to help you do that.

Paul is a former corporate slave who was freed many years ago in order to eventually find his authentic self as a scribe, wanderer and sacred activist 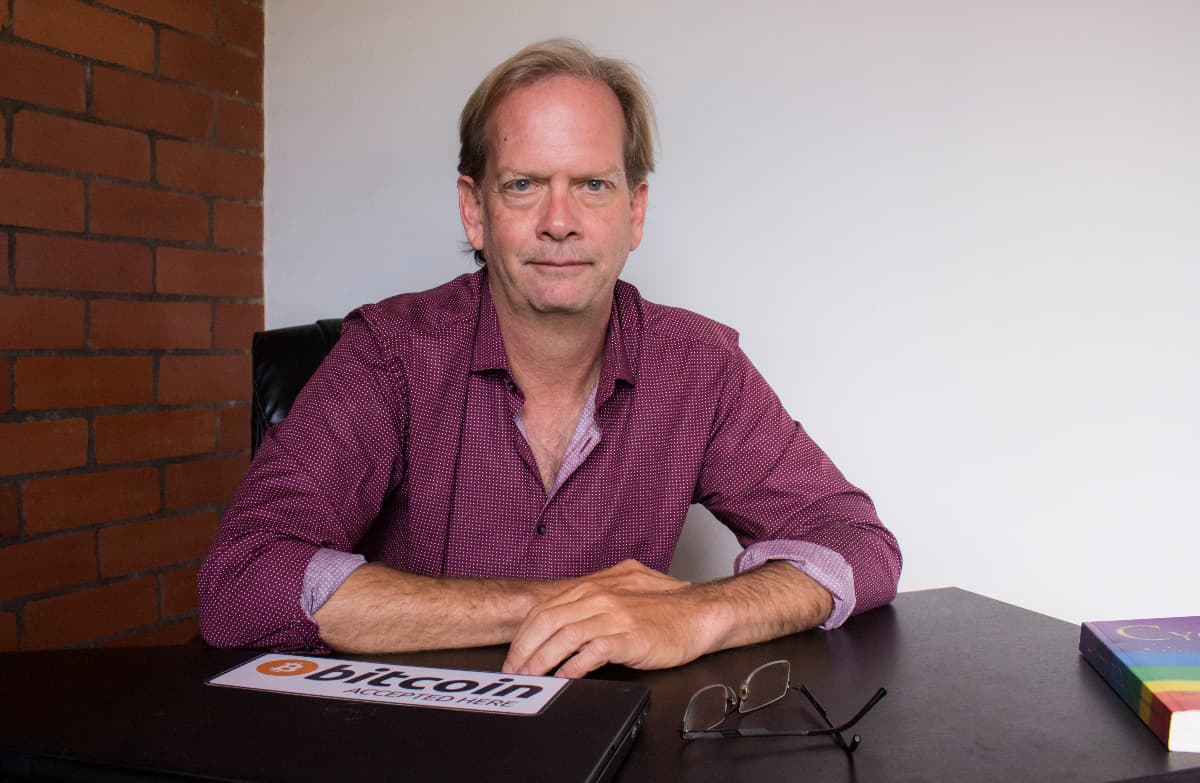 Summing Up the Dilemma

Due to a moral dilemma which recently confronted me, I had to ask myself – when is it ok to lie, and when is it not?   That’s a real crap situation to be placed in for us honest people, and is by very clever design.  To briefly give you context – I was confronted with the need to open a US bank account in order to use the services of Amazon,  just to simply offer for sale, and then hopefully even sell my book.  Those are two activities I usually advise against.  Using Bankster/child rapists, and just as bad, Bankster-controlled, Deep State companies like Amazon.  However, we have allowed such evil monopolies to exist, and as they are monopolies, by definition we find them hard to avoid being affiliated with from time to time.