I hope that this will be my last transmission prior to The Event, aka Compression Breakthrough.  However, some of you may know that our illusory 2.5D linear ‘time’ is quite difficult to reconcile with real 3D time.  That 3D time is more of a perpetual present moment, or timelessness.  Therefore, what may be like a blink of the eye in 3D time, can seem to drag on forever here.  I believe that I’ve adequately factored that in, though, as I’ve now been communicating with some of you since 2012.  I think that we can expect The Event to finally occur relatively soon.

Although I have been aware of the Event for several years now, you have never heard me mention this topic before.  The time has finally come, though.  We are now in final preparations, and there is no more time to dance around these subjects in order to protect the uninformed from their programmed fears of the Truth.

It was only 7 short months ago that a shocking percentage of ‘Americans’ seemed willing to lay down their lives for communism.  I’m sure that you can all vividly recall the intense polarity we felt here on Earth on January 6, and then again on January 20, 2021, which carried on in to February.  How quickly the worm can turn.

Recently I saw some poll results from the USA, in which around 40% of registered democrats think the staged ‘Biden regime’ should be terminated in one way or another.  It is one hell of a sad turnaround from being the guy who supposedly garnered more votes than any ‘president’ in US history, to being on the verge of getting run out of Castle Rock studios just in front of the sharp tips of pitchforks.  I especially liked the story my friend told me of college football games in Texas, with tens of thousands of freedom loving patriots screaming – “Fuck you, Biden.”

Don’t worry, none of those staged pretendancy events have been allowed to actually do any more harm, but they have done a wonderful job of awakening the sheeple.  The ‘Biden regime’ is a lot like COVID, in that it only exists in the programmed minds of those who watch television, and actually believe what  they’re seeing presented to them there.

I think we can all now feel the huge turnaround in sentiments within that segment of society.  It is simply awe-inspiring to realize just what that staged pretendancy, produced & directed by the White Hats & starring the comedic genius actor playing Creepy Joe, has done to educate those sheeple about the realities of living under communism and tyranny.  All done without actually ever having to suffer through it.  It only needed to be threatened, with no intention of ever allowing it to happen.

No four-year university course could have done it any better.  Incredibly, it has been carried out in just a few short months, and without any coercion nor government sponsored violence whatsoever.  Everyone has been able to see the Truth of what evil had been planned for them, and decide for themselves if it was really what they wanted.

I say the following in all seriousness.  The so called ‘Academy’ in Los Angeles, should no doubt give this show, collectively dubbed ‘Wrestlemania’, all of the Academy Awards, aka Oscars, for 2021.  The writers & creators, most especially, but also the actors, make-up artists, directors, photographers, choreographers, music, special effects.  Everything.  There has never been anything even close to it for sheer entertainment.  Remember Creepy Joe tripping 3 times trying to board the fake Air Force One?  Most amazingly, when was the last time you had to rub your eyes and throw cold water on your face, in order to realize that what you were watching was just a show, and that it wasn’t really happening?  Constantly. 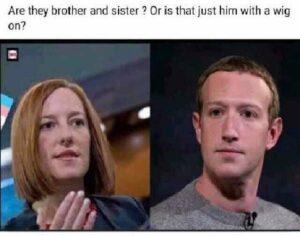 This is by far the greatest production of all time to ever be presented on your TV sets.  Just try and name even one Hollywood production which has ever even came close.  Godfather trilogy?  Lord of the Rings?  Not even in the same league.

Although it somehow seems like it has been churning for years (decades?), keep in mind how quickly those huge changes in public sentiment have occurred.  This final chapter only got started in February. Then contemplate what huge changes must lie ahead over the next few months, if it even takes that long.  I challenge you to even get close with your imaginations, as to what is about to occur.

Have you ever asked yourself – Who are behind the White Hats?  Q?  The Alliance?  Satoshi?  Who are they, and why are they doing all of this?

The time has come to take off the kid gloves, and start telling the naked Truth.

I would suggest that everyone begin to look into the subject of ascension, if you aren’t already on top of that one.  If you’re confused as to what has really been going on, you should consider wading your way through the blog of the Resistance Movement, which started running in 2012.  A summary of the more significant posts can be found here

From there you can dive deeper, if so guided.

We Are Not Alone, Obviously

For example, if you still think that, somehow, humanity is all alone in the infinite expanses of the universe, it is time to awaken from that Archontic/Satanic/Luciferian/Illuminati etc. etc. programmed slumber.  Humanity, and Mother Earth, have reached a very much prophesied/forecast evolutionary pivot point.  Not everyone will be sufficiently evolved to stay here on Earth, which is undergoing her own, well-deserved ascension.  That is why we have been going through the process of determining who belongs in which group.  Separating the wheat from the chaff, as it were, for the ‘Harvest’.

That is nothing to be frightened about, except for the evil losers who are now going down the toilet.  All of those good guys & girls, who are not yet ready to ascend, will be very well looked after, and moved to an appropriate place to continue their evolution.  I doubt that very many of that group is reading this, but keep that in mind, as you work gingerly with that segment of society.  We are about to live through an amazing occurrence termed as – ‘The Event’ – as described in the suggested reading above.

Role of the ‘Jab’

It’s highly probable that the mRNA mutation serum was designed to actually aid in this monumental transition/transformation.  Those who felt that they needed to be saved from a non-existent threat, self-identified as those who were at risk of going psychotic at time of “Compression Breakthrough”.  That will be the moment when the ‘matrix’, or ‘veil’ technology will suddenly be taken down, and humanity will finally be freed from the Archontic/Luciferian/Illuminati mind control.  Those who were the most deeply controlled by that matrix/veil were in danger of going psychotic at that moment.  Remember the Chinese welding doors shut in Wuhan?  We didn’t need that situation world-wide, which is what the Archons were shooting for.

If you haven’t already realized that everything which you thought you knew is bull shit, then I suggest that you get there.  Time and patience is evaporating quickly.  One quick tidbit.  The withdrawal from Afghanistan has zero to do with the crap spewing forth from tee-vees, nor even in the so-called awakened, alternative media on the Internet.  Instead, it has much more to do with the recent rescue of some of our non-terrestrial saviors/heroes who had been held hostage as shields in Afghanistan, and also with the retaking of some very important portals in that region, especially Syria.  Now these benevolent non-terrestrials (angels from the Bible) are no longer ham-strung in the final wipeout of our evil higher dimensional enemies, who have enslaved humanity for millennia.

Once again, for details, see the summary of certain blog posts linked above, going back to 2012.  You can also find an ebook available there which includes all of the information in that blog as well.  It might take a week to read, but the Truth & Wisdom you gain will be well worth your efforts.

As stated by many in the know – the imminent Event will be ‘Biblical’.  For those of you who understand that the Institutional Religions are an integral part of this matrix/veil, and controlled by the Archons, don’t let that term turn you off.  Accept it within the context in which it was intended, and enjoy the vision.  As for me, it stirs me inside, as I think we all know, deep in our subconscious on the other side of that veil, just what is about to occur, and how wonderful it will be.

He who passively accepts evil is as much involved in it as he who helps to perpetrate it. He who accepts evil without protesting against it is really cooperating with it. – Martin Luther King

Do you still have an account with the bankster baby-rapers? That means Wells Fargo, Chase, Bank of America, Credit Suisse, UBS, HSBC, Deutsche Bank, Goldman Sachs, Citibank, Barclays, Sun, Santander etc. etc. Any of them.

We are in a world war against evil. The banksters are at the tip of the spear of that evil. Aiding & abetting the enemy is TREASON.