How to Make a Big Score on Cryptocurrencies 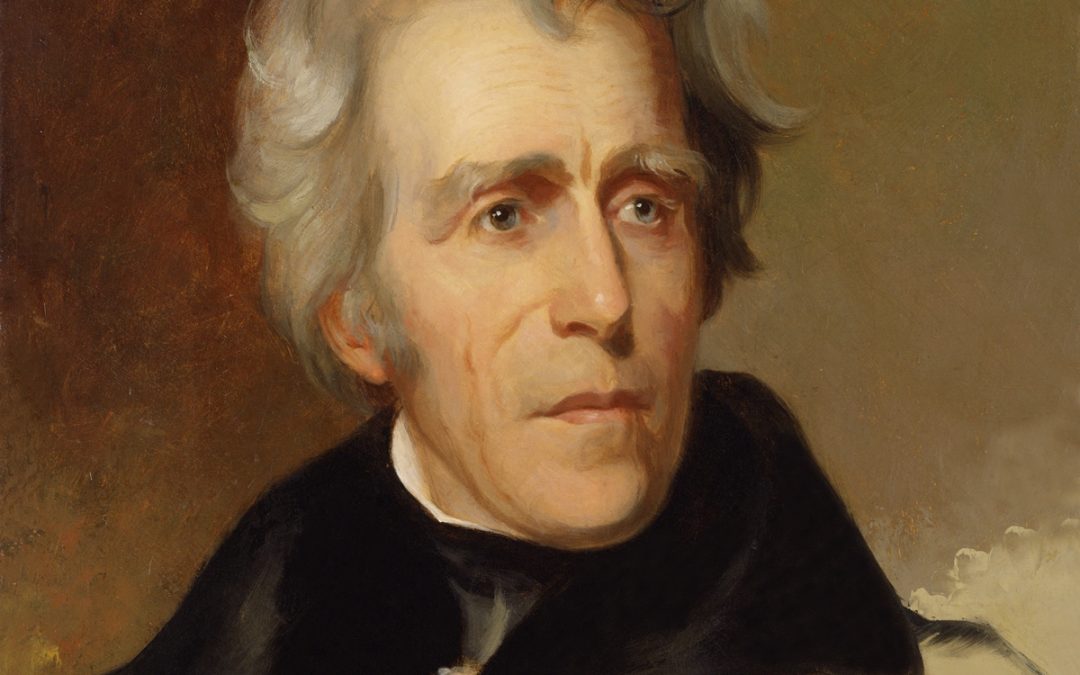 Not long ago I sent out an essay called Let’s Make the Banksters Irrelevant  In that piece I explained how cryptocurrencies, and especially Bitcoin, could be used to take away much of the illegal power base accumulated over centuries by the Khazarian Mafia, Illuminati, or the Banksters, as you prefer.  Since publishing that on December 14th, the value of Bitcoin has risen from $777 to $1,128 as of writing, for a gain of 45% (or 152% annualized) over the past 108 days.  Truthfully, I get very bored when the ignorant begin to parrot the main stream, and talk about BTC being too volatile.  How do these people define volatile?  I suppose it’s the kind of volatility we saw with stock prices like Apple back in 1981-1985? I’ll take that upward trending “volatility” any day.  Here is a link to see the actual BTC value chart against the USD over the past 365 days, or even since 2010 when it was a dime.  You will have to scroll downward just a bit to find the chart, and select 1y or all.  Many a wise young investor has made $ millions after buying a few thousand coins back in 2009 and 2010.  Again, please let me suffer such volatility.

At the moment, the price seems to be struggling to break through that invisible barrier which is the value of 1 oz of pure gold.  I presume the powers that were are doing everything they can to maintain the value of bitcoin below the highly manipulated value of gold.  The key phrase being “everything they can”.  In the case of bitcoin, even their immense powers are quite limited.

As you know, since the Khazarians locked down the world-wide banking system via coercion, up to and including murder, I no longer maintain any cash in any banks.  There is simply way too much uncertainty in the evil cabal-run financial system.  Can anyone please explain to me exactly what is meant by “global reset”?  It is like asking someone to explain derivatives.  Some people will pretend to understand what these terms mean, but if you ask them to explain it, they will spout meaningless generalities, or ignore you.  With promises of some sort of global reset, and the logical conclusion that whatever that is, it will go badly for anyone foolish enough to trust their slave masters, why would anyone maintain cash in a bank?   Remember 2008?  Greece? Venezuela?  Not to mention 1929.  Good luck. That goes for the stock market too.  Anything invested in the rigged markets is also stored on the servers of these same crooked financial institutions.

If we do have the monumental collapse that the banksters have been working so hard to achieve, we’ll also most likely have a deflationary period. Therefore the only assets which seem safe in the face of such uncertainty are precious metals, and some cryptocurrencies.  Any paper you’re holding should be of the under-the-mattress variety.  I would keep that to a minimum, and simply convert BTC to cash as needed.  Personally, I was quite late getting on the BTC gravy train.  I started taking Bitcoin from clients when it was around $400.  Since then I’ve been looking for another opportunity to get into a newer cryptocurrency on the ground floor.  I made an unwise decision in my early days, and bought into a coin that was clearly a scam.  That being One Coin. I’m highly embarrassed to admit that, knowing what I now know, but that’s just my style.  Jump into the deep end, and swim back to the top.  I had not yet been educated as to how to differentiate properly.

For those of you who prefer to avoid such errors in your learning process, here are the characteristics of a true cryptocurrency:

1. DECENTRALIZATION: Cryptocurrency is owned and controlled by the people, not by any central authority. None.

2. PRIVACY: The consumer’s identity is as anonymous as they want it to be. The public ledger only contains cryptic numbers known as cryptocurrency public keys for the sender and receiver of each transaction. With hierarchical deterministic (HD) technology, even those can be easily masked.

3. LIMITLESS TRANSACTIONS: Cryptocurrency can be sent via internet, immediately to and from anyone, anywhere, anytime, in any amount, with very minuscule fees of a few cents. You need not hire a 3rd party banker, nor wire transfer service.

4. CONTROLLED SUPPLY: No one can change the predetermined and publicly published circulation schedule of a cryptocurrency. The government cannot arbitrarily create more cryptocurrency out of thin air and devalue it like they have the US dollar. Cryptocurrency has the same characteristics as precious metals used to back a currency. They work because of their controlled and limited supply. Therefore the Banksters can not inflate away your wealth.

5. TRANSPARENCY: All records are public. All technical specifications, white papers and source code files are published for the public to see. All cryptocurrency transactions are recorded in the public ledger (for example Bitcoin Blockchain) for everyone to see with a publicly provided explorer. Ask the Federal reserve why they resist a public audit with all their might? Let alone any transparency whatsoever.  This is also the first place to rule out scams.  Ask to see all records up front.  If they don’t have it already posted on the internet for all to see, it’s a scam.

The Ground Floor Opportunity that could Make you Independently Wealthy, Whilst also Helping Humanity

With the above in mind, I feel quite confident that I have found what I’ve been looking for.  About 15 months ago I became acquainted with a guy by the name of Bob Wood.  I was immediately impressed by him in general.  The intelligence oozes, and over time, one also realizes they are dealing with a highly ethical person as well. Those two traits, found in the same person, is unfortunately a bit rare lately.  A quick excerpt from the whoisbobwood.com site – “was a senior technologist for over 25 years with both Ross Perot and Bill Gates companies and founded Shabang.com during the Internet gold rush, raising $15M and building it to a $200M corporation.” and further – “architected and built the first Internet product search engine that was the predecessor to Froogle, Amazon and eBay shopping.”  Based on my knowledge of Bob, he learned from Gates what kind of man he didn’t want to be.  He is fully on board with the anti-bankster/anti-globalist agenda, and is highly motivated to help set up a new system that will make bitcoin a mainstream currency as we work together to get merchants on board to accept BTC as payment for goods and services.  Note that I will now accept only BTC for my services, and I believe that will become a growing trend in the near future.

In that regard, Bob has established a new company called Nexxus.  I have been working with it for several months now, and the more I learn, the more excited I get about the future of the company, and therefore, its new coin, NexxusCoin.  From that first conversation I had with Bob 15 months ago, I learned that in order to make a cryptocurrency increase in value, it has to have useful purpose, in addition to complying with the basic definitions of a cryptocurrency noted above.  With his significant marketing and IT experience, he has formulated a genius system to do just that.  Similar to BTC at its inception, NXX is currently valued at $.10.  Like those guys who stumbled upon BTC back in 2009, and had the guts and vision to get in, I am speculating that NXX will make its mark on the industry over the next 2-4 years, and have put my money where my mouth is, as full disclosure.

The company Nexxus has several components.  Each of which has been designed in order to make Nexxus one of the first companies in the world to offer those services which will provide both merchants and the general public with a good reason to obtain and use Bitcoin, and other cryptocurrencies.  Let that sink in for a moment.  Currently BTC is trading at about the same value as an ounce of pure gold.  That without any real widespread usage.  Can you imagine what will happen to the value of Bitcoin when it starts to become mainstream, and in wide usage?  It is already bumping up against that type of acceptance, just based upon its increasing value.  In fact, last month here in Colombia the main cover story of GQ magazine was a positive piece on the “upstart” currency.

In addition to Nexxus’ unique marketing program to attract merchants, an online university to educate the public, a Craig’s List type of barter page, and proposed Cryptocurrency cafés complete with BTC ATM machines, NXX is right now in the process of an ICO, or Initial Coin Offering.  Therefore, with what I hope is a lead-in that would make anyone salivate over the possibility to understand more about not only NexxusCoin, but the wide array of services Nexxus is offering in order to give NXX added value, please find, and read, the associated white paper here.  I’m very sure you will be highly impressed.

Feel free to contact me to find out more about cryptocurrencies in general, and BTC or NXX in particular, and do your part to kill the bank, and become independently wealthy at the same time.  To take a quick look at Nexxus, click here  We are always looking for more affiliates who can not only earn from gains in the NXX value, but also earn an ever-growing passive, residual income by actively recruiting merchants into the rewards program.  Then you can earn a percentage of each BTC transaction for those merchants you recruit.