Here’s to Your Health 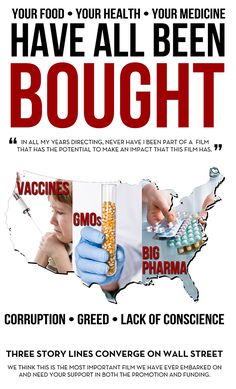 As money matters not when you don’t have your health…..

NOTE: I’m only sharing the following personal accounts because I think there’s a high likelihood that one or two of you could benefit from the information. If you’re in perfect health, and so are all you care about, then it will be irrelevant and boring. I’ll be back in a few days with some financial information that may be more interesting to you.

Some have noted that I went quiet for a few months, and I’d like to explain. Ironically, on the 4th of July weekend, I suddenly started experiencing some more severe health problems. I had been noting a few nagging, and increasingly severe problems over the previous year or so, but as I was so busy, I just worked through them.

This time though, I was forced to deal with it as it was making work almost impossible. Luckily it occurred at an opportune moment, if there is ever an opportune moment for health problems. I was in a period of natural transition in my offshore business, as noted in my essays of May, June and the first of July. Therefore I could properly focus on this problem, and devote my full attention to it. As you can imagine, that attention came in the form of some thorough research into these inner ear problems.

As I was researching, I was “coincidentally” (or in a manner more in line with synchronicity) guided towards bio-dentistry by both an existing client, and a prospective one. With more research it became obvious that my inner ear, and related head problems, were being driven by my teeth, and also by some previously performed dentistry.

As my research progressed, I started to turn up some astounding evidence that these same sick bastards we’ve been discussing, have also put into place an insidiously quiet genocidal machine run by agencies like the ADA, AMA, WHO, HHS, NIOSH, CCID, NCPDCID, DHQP, NIH, HICPAC, CMS, NIAID, HRSA, AHRQ, OSHA, EPA, ODPHP, FDA, CDC, all ultimately under the top level control, and under the guidance of, the Rockefeller Foundation and other Illuminati agents.

I realize that I should be the last one to be surprised by that, but I’ve been so focused on the head of the snake (Bankster cartel) that I missed these other far-reaching tentacles which have been attacking the human immune system in a variety of ways for decades. I may go off on this tangent a bit more in the future, as it is worthy of its own series of essays, but for now, I’d very much like you to take the time to start a minimum amount of your own research, and Here’s a good place to begin

The story of both Dr. Hal Huggins, and even more importantly, his predecessor, Dr, Weston A. Price both dentists, is a shocking eye-opener. Price, in fact, founded the research institute called the National Dental Association, which then became the research section of the American Dental Association, and he was the chairman from 1914 to 1928. Therefore very hard for the NWO scumbag smear campaigners to blow off his extensive research, yet they try anyways with all of their dead, black souls.

If you’ve ever had some difficulty to explain any health issues, and have also ever had amalgam fillings, root canals, or implants, I’d urge you to invest in the books that Huggins is selling on his website. They are selling them in e-book format, but unfortunately don’t yet take bitcoin. However, they led me to the correct solution which I feel certain has vastly improved my quality of life, and probably the quantity as well.

Here is a very telling quote from the ADA, as excerpted in the book, The Huggins Story – “Mercury is the most toxic metal on the planet; however, in the mouth, its toxic properties are rendered harmless.” —American Dental Association Newsletter, 1984

Excuse me, but am I really supposed to be that stupid? I guess the normal bacteria in the mouth can somehow neutralize a constant leakage of the world’s most toxic metal. Thanks for the clarification as I had been worried that it might not.

Trust me, that is just the tip of the iceberg, as this brave man spent his entire professional life being mercilessly persecuted by this particular branch of the Illuminati/NWO genocidal machine. The same scum that is behind fluoride in your drinking water, and annual quotas of 30,000,000 for deadly root canals. Just in the USSA. I’m sure the WHO, or some other such gang of covert murderers, oversees the global quota.

The Huggins Story was sent to me free when I ordered Patient Empowerment and Root Canals. Get the books and read them. They could add 20-30 years to your life, and make whatever years you have left more enjoyable. Deadly toxins in your head may be affecting your brain. Root canals, after all, are only applied to dead teeth. What does your body do to decaying, dead materials? That’s right. So seal them in your head with a root canal where your immune system can futilely attack them, and weaken itself over time.

Nutrition and exercise are the keys

Another guy who I ran across in my research, and who is blowing the lid off this machine, is cardiologist Dr. William Davis who stops just barely short of accusing the Machine and Rockefeller Foundation etc of purposefully guiding the public to eating in the most unhealthy way possible. He has also broached the topic that the GMO wheat, and Monsanto poisons used are also killing people at early ages, and are being inappropriately pushed by the Feds, and he has avoided the label (or badge of honor in my case) of conspiracy theorist.

Part of my earlier problems, before the inner ear and head, were my kidneys. Again, I was guided by clients in the right direction. Not because I was inquiring, but rather just coincidentally they would mention certain topics that would give me the information I needed to avoid the killing fields of the “healthcare” system so I could treat myself safely.

For example, one day I was talking via skype to a new client, and she told me about her own gluten problems. I had never even heard of gluten, truthfully, and gathered as much information as I could while listening intently.

When I later researched it, I found that my symptoms matched those of gluten intolerance, as opposed to celiac disease, which is quite severe. The kidney aches turned out to be simple dehydration. Therefore I drastically reduced my bread (hamburger, pizza, sandwich) and beer intake levels, and simultaneously increased water intake (bottled and preferably filtered too). As I looked back, probably over 50% of what I threw in my gullet were bread and beer. In fact, the Belgians and Germans et al refer to beer as liquid bread, and so it is.

Not an easy adjustment, but when vital organs start barking, it behooves the prudent to take note. That did it. No more kidney problems. As it turned out, most of my health problems were caused by ingesting crap that isn’t healthy, yet is heavily promoted by your health advisers. Both food and water. Forget about eating grains & fiber, and lowering cholesterol. Go back to what your great grandparents ate.

As a somewhat fit Tom Brady pointed out “I think we’ve been lied to by a lot of food companies over the years [and] by a lot of beverage companies over the years. But we still do it. That’s just America. We believe that [Kellogg’s] Frosted Flakes is a food… You just keep eating those things [shit he wanted to say], and you keep wondering why we have just incredible rates of disease in our country. No one thinks it has anything to do with what we put in our body.“ Of course Brady came under more severe pressure for making these obviously true statements than he did for deflating footballs.

Only in Amerike do child labor law-abusing corporations such as Kelloggs put crap like Frosted Flakes, or Pepsico’s Cap’n Crunch, in a box and sell it to kids as food. Then Kelloggs says out of the other side of its mouth that a True Media outlet like Breitbart isn’t in conformity with their corporate culture. Good for you Breitbart, as that is an obvious testament to your integrity. One should therefore look up what news agencies are considered in conformity with the values of Kelloggs, and be very suspicious of anything spewed by such people.

As former CIA Director, William Casey said,“We’ll know our disinformation program is complete when everything the American public believes is false.”He’s there with the majority of the sheeple, for sure, and almost got Killary elected. See excellent story on history of presstitute US media

My current, real doctor, has me increasing beef, egg and butter intake, as my cholesterol levels are actually too low. This is consistent with the findings of Dr Davis (cardiologist above) too. Luckily, I never paid much attention to the dietary myths that have been perpetrated during most of my lifetime. It just didn’t make any sense that suddenly whole milk and butter, or bacon and eggs, were suddenly bad for me.

My ancestors, during the 1800’s, lived on dairy farms consuming lots of raw milk, eggs, butter, and cheese. They lived into their 90’s. Since then, each generation has lived a significantly shorter life. My grandparents dying in their mid 70’s, and my mom and dad at 46 and 60 respectively. Go figure.We can rule out genetics.

After experiencing true medical care for the first time, I’m forever off of mainstream healthcare. Much like mainstream “news”, it’s full of lies. I now look at the cookie cutter, assembly line care that is typically dispensed in the “industrialized world” in a type of amazement. How do those people get away with calling themselves doctors? Maybe that’s why I always instinctively refused to call a guy Doctor who tried to insist upon it. Yeah, whatever you say Bob…. I realize now they are no more than Healthcare Technicians and Big Pharma mules. Pitiful.

If you have a nagging physical problem that your local Healthcare Technicians can’t identify the source of, nor explain to you, but who instead offer lots of pills to treat the symptoms, maybe the Huggins folks can help.

No matter what, stop following any nutritional advice from any government agency, and obviously also refuse vaccines. Unfortunately, you must also be very wary of “doctors” who are inDoctornated under their deficient, and even malevolent systems as well. The majority (I hope but wonder) don’t realize they’re killing you at an early age, and those who do realize obviously don’t have the scruples of Drs Huggins and Price, and prostitute themselves, at the expense of your life, for money.

Be well, and I’ll be back very soon with some more familiar financial related topics. In the meantime, take back control over your lives, and especially, your own health.