To the Pedophile Lovers in the USSA 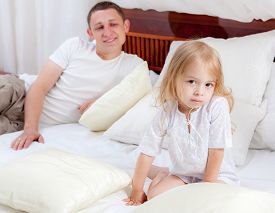 WARNING: The following is intended for adults, and only those who can handle a mature discussion of the truth.

Trump Wins, a Victory for Common Sense for a Change

​No one was more surprised than I was to wake up on, what some are calling 11/9, to see that the Trump supporters showed up in such vast numbers, that stealing the election became logistically just too difficult. That was also due to a lot of hard groundwork by the true media, in creating awareness of election fraud, and how it happens. What a big moment in our history. Also an embarrassing reminder of what apathy and ignorance can do to a once great society.

Back at the beginning of the year I commented that I was seeing what appeared, and smelled like, desperation on the part of the Illuminati banksters, NWO, Zionist scumbags, or pedophilia child snatchers as you may choose to call them. The name you prefer for them isn’t that important, so long as you don’t call them the Elites, nor Powers That Be. Those monikers are way too glorious for such filth.

Back in Q1 of 2016 I wasn’t sure if what I was seeing happen in the banking world was truly desperation, or just a thorough stitching up of well laid plans. I hoped for the former, while seriously worrying it was the latter.

I’m still not certain who Trump really is, but my instincts have taken a decided yet cautious shift towards the positive. I don’t think even this massive, well-funded propaganda machine could so well play out such a massive and intricate deception. They’re truly just way too freaked out for it all to be a scripted scene in their evil and twisted play. They seem authentically frightened of what Trump may do, which indicates that he’s the real deal.

I am though, absolutely amazed at just how many of these useful idiot supporters there are, still on board with the Killary/Soros/sick bastard lie. It doesn’t speak well of their intelligence either. I mean, everyone who is now out in the streets, showing their faces in support of the machine, might as well be holding up a giant placard that says “I LOVE PEDOPHILES AND SUPPORT CHILD TRAFFICKING.  A little murder and intrigue makes it even more exciting for me.”

What complete fucking boobs. Anyone who says anything at all positive about this pile of steaming turds should simply be asked – “So you support pedophilia and child trafficking”? I should hope that would be the end of it, but I’m afraid my wish concedes too much wishful thinking about the garbage that currently populates the former America. Again, how were we as a people, so lulled to unconsciousness? The Italians, Germans and French are asking themselves the same question right now, as they are forced to accept homeless immigrants into their homes by the communist dictators.

True Media Needs to Stare Down This Outrage to Democracy

I’d like to see the true media go back on the offensive, and stop trying to defend itself from the baseless attacks of the unworthy presstitutes. They need to continuously remind the public of who these people are, and why they need to be thrown under the prisons which they built for us good people of the world.

Never let us forget what demonic powers are currently ruling the mindless. The litmus test for Trump will be if he prosecutes or not. Assuming he survives. On the note of survival, if he has to live like Alvaro Uribe did as he took down the Colombian drug cartels, we’ll all understand. Uribe had to be treated like a star prosecution trial witness during the first few years of his 8 year presidency in Colombia. Let’s face it, the current USA is in similar circumstances, and so is Trump. Trump needs the same type of protection.

Julian Assange Needs to be Avenged

Not to mention Andrew Breitbart, Michael Hastings, and on and on with the dozens of brave reporters who tried to save the free press before being murdered by the lawless Illuminati banksters.

It looks like hero and truth teller Julian Assange is indeed missing. I cling to the hope that he was rescued by the good guys, who he risked so much to help, but I fear the forces of evil are behind this one.

One thing I distinctly recall from the taped footage of Trump’s victory acceptance, was his words to the effect of – “There were over 200 generals and admirals supporting us, and we thank them”. I would like to hope that’s true, and that I can assume then, that there are a proportional number of colonels, majors, captains etc filing in below those top ranking officers, and on down the line of the enlisted, in addition to the Oath Keepers.

I’ll also remind you of the obvious assistance Trump did receive from what appeared to be the US defense community. For example, I still maintain an old gmail account which I use exclusively to receive the spam that we are sometimes required to sign up for. In the week prior to the election, did you all notice how gmail had been hijacked?

The good guys apparently took over google, and started flooding gmail in boxes with subtle, yet effective anti-Clinton propaganda. My in box was flooded with messages with subjects in bold letters – “What a Disaster, Hillary Has No Chance”. It was sweet justice to have the face of corporate tyranny, Google, used as their own anti-propaganda device. I have not heard anyone else mention this for some reason. I can’t believe that I’m the only one who noticed it.

Back to my point about the military and defense community support and involvement. If it is true that Assange is missing, and not because he was justly rescued, then the side of good and justice needs to present an appropriate response. It’s quite bad enough that we have a Hungarian agent of the German, British, French Rothschild bankster cartel inciting civil war in America.

That is clearly what these goons had recently labeled as domestic terrorism, and there are new fascist laws on the books designed exactly to take down such dangerous characters. Indefinite detention under the NDAA, for example. The place even exists to hold them. It’s called Guantanamo. A shining symbol of the thousands of unfulfilled promises of the current Liar in Chief, as he left that monument to Ameriken fascism unmolested for 8 more years.

Perfect for the likes of Soros, the Clintons, and the Bushes, and let’s throw Obama and Michael in there too. All have committed high treason, and could be executed under the Constitution they tried so hard to trash, but Guantanamo seems more just

Why the DHS and local police are not doing anything about the current terrorism playing out in Amerike is something we’ll have to look into as a matter of priority. Those who have willingly shirked their duties to defend the Constitution, and uphold the peace will require justice in the near future.

Even slightly more importantly, though, is this kidnapping of an international hero, dispenser of truth, and freedom fighter. One of the very few symbols of justice left in the world. If Trump is indeed who he says he is, and truly has the backing it appears that he has, it is time to prove it.

The mountains of evidence has been provided, noted, and remains on record. No one has even attempted to refute it. The True Press has laid it out there, and the Clintons have not so much as called it misleading. They can’t. I think they call it in legal circles res ipsa loquitur (literally, “the thing speaks for itself”). The Clintons, and all those supporting them, are obvious traitors to the nation. The evidence supporting the role currently being played by George Soros to incite civil war is equally damning.

If Assange is being held by those evil forces, then the only appropriate response is to reciprocally treat Soros. Anything less is a clear sign that Trump is either an Illuminati plant, or that he doesn’t truly have the military and intelligence support that he claims.

Therefore, my call for some more decisive action.