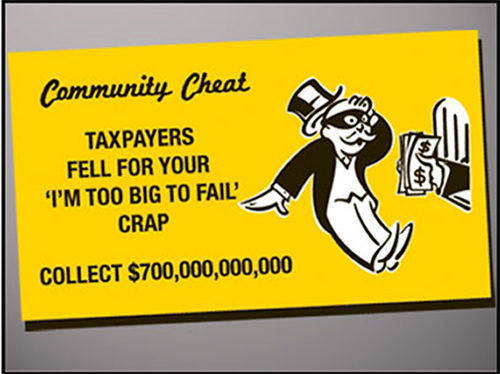 Since December of last year, the email in-box has been steadily full of inquiries from ever-increasing numbers, of increasingly worried citizens of the neo-fascist oligarchies to the north.  Based on what I’m hearing every day, it’s getting intolerable up there for those who can see what is going on.  It never ceases to amaze me, the effectiveness of the state-sponsored brainwashing campaigns funded with their tax revenues.  I also hear every day that these people feel alienated from family and friends who simply can’t see what’s happening before their eyes.

I try not to let my frustration manifest itself so, but it sometimes becomes impossible as I continually hear the same inaccuracies repeated regarding offshore asset protection, and expatriation.  I also see an almost paralyzing fear of Big Brother in some of my new clients, which is truly sobering.  One, I’m even helping to get a visa to Brazil in order to make the great escape.

I myself was suffering from prolonged stress back in the 90’s, before finally getting out of the insanity.  I know what it’s like.  A Brazilian visa, by the way, is difficult for Gringos to obtain. Why?  Because the Brazilian government treats US citizens who want to visit Brazil, exactly the same way that the US government treats Brazilian citizens who want to travel to the USSA.  Luckily I’m not a Gringo any longer.

Truthfully, I don’t understand why a Brazilian would want to go there, when they have a far superior lifestyle here, but that, again, reveals the power of mass misinformation. For example, I keep reading about the Brazilian recession, or even hear the term “free fall”.  It reminds me of how dangerous everyone was telling me Medellín was 15-20 years ago.  It didn’t matter that I was actually living there, and they had never so much as flown over the country on their way to Perú. They knew more about it than I did.  They saw it on the tee vee, so it was a fact.

Suddenly, the Colombian government has become the favored child.  After Correa threw the Gringos off their Air Force base in Manta, Ecuador.  The USG went about looking for another foothold in South America where they could keep a watchful eye over the Venezuelan oil fields.  Colombia needed money to counter-act the Billions of dollars flowing in to criminals from the crack heads in the US.  Those funds, directed to criminals by the idiotic War on Drugs, was arming the criminals better than the army.  So once again, Uncle Sam was able to covertly subvert yet another government, and get their foot in the door with paper printed at your expense.

All I see down here in Brazil are happy, laid back people, going about their daily lives.  The fact that the currency has declined 50% this year means that so has my cost of living.  I’m finding it impossible to leave, and therefore just obtained a residency visa.  Based on what I’m hearing from people who are currently living up north, behind the curtain, there are a lot more problems up there.

As always, I’m speaking with a number of potential new clients, and have signed on several others recently, who are revealing some frightening new trends in the US and Canada, as well as in Europe.

I’ll bullet point a few that I can recall off the top of my head:

In short, the reasons to flee just keep mounting up, and yet only a small minority can see the light.  Study your history if you want to predict the future.  Only a small percentage left Germany prior to the 1939 blitzkrieg.  In 1946 many of those who felt a patriotic need to blindly follow whatever government was presented to them, were facing trials, and trying to explain why they had been exterminating millions of their countrymen.  “I was just following orders” many of them said.  I guess they didn’t have the sufficient moral conviction to inherently know that killing their countrymen wasn’t the right thing to do.  I hope we won’t see people herded into converted K-Marts at gunpoint any time soon by people who are just following orders.

Step one in preparation is to protect your money.  You’ll be amazed at how much easier it is to travel quickly with a few francs or pesos available.  Step two, have a second travel document.  The US document isn’t reliable anymore.  Ask Mr. Snowden, who refused to follow orders.

A true patriot loves his country always, and his government when it deserves it”—Mark Twain

Paul worked for several years with Big 4 CPA firms in both the US and Saudi Arabia, and then spent many years as a multi-national corporate Controller and CFO in places like Florida, Riyadh, Abu Dhabi, Cairo, and Medellín. In his second, free life, he has found satisfaction helping others get out of Dodge after almost 2 decades as a permanent expat from the former America.  Currently he’s in Brazil on a two-year+ journey through South America by motorcycle, in order to scout the best locations for those wanting to escape from the collapsing industrialized world.